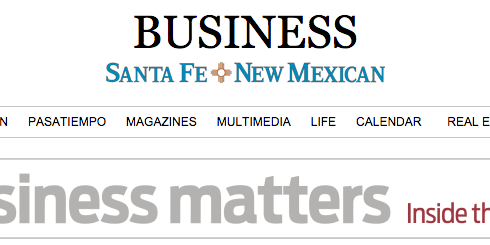 The Santa Fe New Mexican – The coming expansion project at Christus St. Vincent Regional Medical Center might bring something we haven’t seen in Santa Fe in a long time — construction cranes.
The absence of large-scale projects have taken its toll on New Mexico construction workers and both Santa Fe and Las Cruces are almost last among all other metropolitan areas for construction job growth from Sept. 2014 to Sept. 2015.
According to new numbers from the Associated General Contractors of America, Las Cruces was tied for last among the 356 metro areas tracked by the group. The construction sector in Las Cruces lost 600 jobs over the 12 months, and declined a whopping 17 percent.
In Santa Fe the picture was not much better as the summer construction season largely fizzled. The metro area of Santa Fe, which includes the city and county, lost another 400 jobs and declined 14 percent over the 12 months. That put Santa Fe 354th among the metro areas in the United States — fifth from last.
Santa Fe has now lost construction jobs for 14 straight months.